In the late-1960s, when Nigel Osborne was studying composition in Warsaw, a Polish friend took him on a trip to Belzec, in the south-eastern Lublin district. “He took me to a clearing in the forest,” he recalls, “and asked me if I noticed anything strange. I replied that I thought the earth looked very white. He told me that there had been an extermination camp there, and pointed out some bones sticking up out of the earth. Only five or six hundred thousand people had perished, not enough to warrant a monument. I know it sounds mawkish, but I made a vow to myself at that moment that if this kind of thing happened in my own lifetime, I wasn’t just going to sit around and watch it.”

By the time Yugoslavia descended into carnage just over two decades later, Osborne had established himself as one of Britain’s most prominent younger composers, enjoying something of the critical attention enjoyed by Mark-Anthony Turnage and Thomas Adès today. The wrenching lyricism of early works such as I Am Goya, his 1977 piece that drew on a poem by Andrei Voznesensky, came as a breath of fresh air after the jittery modernism of Boulez, Stockhausen and their disciples. These were followed in 1987 by a Glyndebourne commission (a rare compliment for a music-theatre composer), The Electrification of the Soviet Union.

Despite some vociferous critical misgivings about Peter Sellars’s irreverent production, The Electrification of the Soviet Union, based on Boris Pasternak’s novel The Last Summer, was recognised as a significant work. “To those Glyndebourne regulars who may have already decided that this is going to be the one to avoid, I would recommend second thoughts,” wrote Malcolm Hayes in the Sunday Telegraph. “Here is a courageous and intelligent piece of mould-breaking, which has… genuine theatrical impact.”

Just when Osborne should have been consolidating his career, Milosevic’s campaign of territorial conquest began in Bosnia. A frequent visitor to Yugoslavia since his late teens, Osborne soon became enraged with the way the conflict was being portrayed in the western media. In 1992 he organised a conference in Edinburgh that forced the issue of Bosnia on to the agenda of the European summit, then being held in the city. Osborne continues to participate in the country’s cultural regeneration, overseeing the Mostar Sinfonietta and conducting music therapy workshops with the charity War Child.

Osborne is generally described as a composer and human rights’ activist, but seems less than comfortable with his dual title. “Both are far too grand for me,” he says sheepishly. Sporting a bushy (one friend calls it “eastern European”) beard, he has something of the demeanour of a gentle giant. However, his temperate nature hides a ferocious, mercurial intellect. He is an impressive polyglot: Polish, French, German, Czech and Serbo-Croat all fall within his grasp, along with serviceable Russian and Spanish. Currently Reid professor of music at Edinburgh University, he lives on the Scottish coastline with his Polish wife.

Osborne’s music is a visceral distillation of influences from eastern Europe, the far east and musique concrète; it treads a deft path through the influential movements of the 20th century without being tainted by any. “I feel very liberated from modern and postmodern concerns,” he says. “I feel that I can synthesise with a kind of authenticity, that I can make raw material from these influences that becomes new and fresh. What I feel that I’m doing is exploring a line of sensibility and experience.”

Osborne numbers himself among the advocates of “spectralism”, an approach developed largely at Boulez’s Ircam centre in Paris that applies the basic architecture of a sound – its timbre and harmonics – to the melodic and harmonic organization of a composition. But his music is more personal, more emotive and at times unabashedly evocative, than that of the movement’s other proponents, who include Jonathan Harvey and Tristan Murail. The themes running through his work have drawn on a dizzying range of cultural references: French structuralism in Mythologies (1980), African folklore in Mbira (1985), Russian poetry and literature in Remembering Esenin (1974) and The Electrification, among others. Overall, what Osborne offers is modernism with tunes, postmodernism with a pulsating heart. “The quest has been to try to find an authentic musical material that speaks for itself and is not beholden to some rigid technical code,” he says. “It’s a rather overambitious project that I sometimes feel is destined to fail.”

The diversity of the work reflects Osborne’s rather involved musical journey, which began at Oxford when he studied composition under Egon Wellesz (himself an ex-pupil of Schoenberg). After graduation, he took a place at the Chopin Academy of Music in Warsaw, where he was introduced to the freeform compositional techniques being developed by Witold Lutoslawski and Krzysztof Penderecki. While there, he began experimenting with the structure of sound at the Polish Radio Experimental Studio. “We would sit in the studio all night,” he remembers. “It had been put together when the highest-grade German sound filters were still made with valves. So it was like going into the most superb kitchen of one of the world’s greatest chefs. In every frying pan, in every pot, a great meal had been made.”

During this time, his apartment in Warsaw became the venue for what later became an infamous Polish hippie commune, bringing Osborne into contact with a number of prominent Polish subculture figures. One night his room was so full that, “I decided to go and sleep in the cellar. It was incredibly dark – there was no electricity – and I fell over this thing at the bottom of the stairs. It turned out to be experimental theatre director Tadeusz Kantor. He’d heard about the commune and wanted to come along to have a look.”

On his return to Britain, Osborne supported himself by teaching music in various secondary schools. “It was a strange double life: I was a schoolteacher but at the same time had this wonderful secret musical existence. I would finish my days teaching, have a shower, work all night, then have another shower and go back into the classroom. There was something magical about it.” By the mid-1970s his work had won a number of major European prizes, followed by invitations to perform in Holland, Germany and Poland. By the late 1970s Osborne was enjoying a succession of British commissions, from groups such as the City of London Sinfonia and the London Sinfonietta.

It was his association with David Freeman and Opera Factory, however, that would prove most fruitful. They collaborated on several works, including Hell’s Angels (1985), Faust (1987) and Sarajevo (1994). Osborne admits that some of these dramatic pieces didn’t quite meet the standards set by his earlier works. In fact, Hell’s Angels received an unprecedented drubbing from the critics: “It was a massive orgy of rejection,” says Osborne. The opera is based on Oskar Panizza’s late-19th-century play Das Liebeskonzil, about the papal court of the Borgias; Osborne and Freeman transformed into a searing, prescient examination of the mythology of Aids. Despite its shortcomings, Hell’s Angels was a testament to Osborne’s belief in opera as a vehicle for politically and socially relevant ideas. Even The Electrification of the Soviet Union, which ends with the spiritual repercussions of revolution, has its hidden political elements.

Nowhere did Osborne’s fusion of music and politics come together more than in what he calls his “agitprop opera”, the Sarajevo trilogy, performed in the Queen Elizabeth Hall in 1994. Combining theatre, opera, song-cycle and cabaret, it began with Trojan women transported to the ruins of the Bosnian capital. It gathered momentum with the second part, in which Osborne set to music fragments of text collected from the diaries, poems and reminiscences of Sarajevo’s inhabitants. “It’s a bloodcurdling and unrepeatable feeling,” went one section, “when a bullet tears through your trousers without touching you – a shy whistle, a limitless metaphor, which could have made you disappear.”

Recordings of Osborne’s work are scandalously rare. The composer puts this down to his inability to collude with the musical establishment. “I’ve tried not to be objectionable,” he says, “but I didn’t play the game.” Perhaps the new Music Theatre Wales production of The Electrification, which opens in Cheltenham this week, will change that. All the indications are that Osborne’s most important opera will finally end up on disc. The only major obstacle is Osborne himself. “I now have an underground reputation and a following as a composer, which is exactly what I wanted,” he says. “I’m not terribly interested in leaving behind a lot of recordings. I believe that this society is cluttered with all kinds of debris from the past. I wouldn’t want to be part of that.” 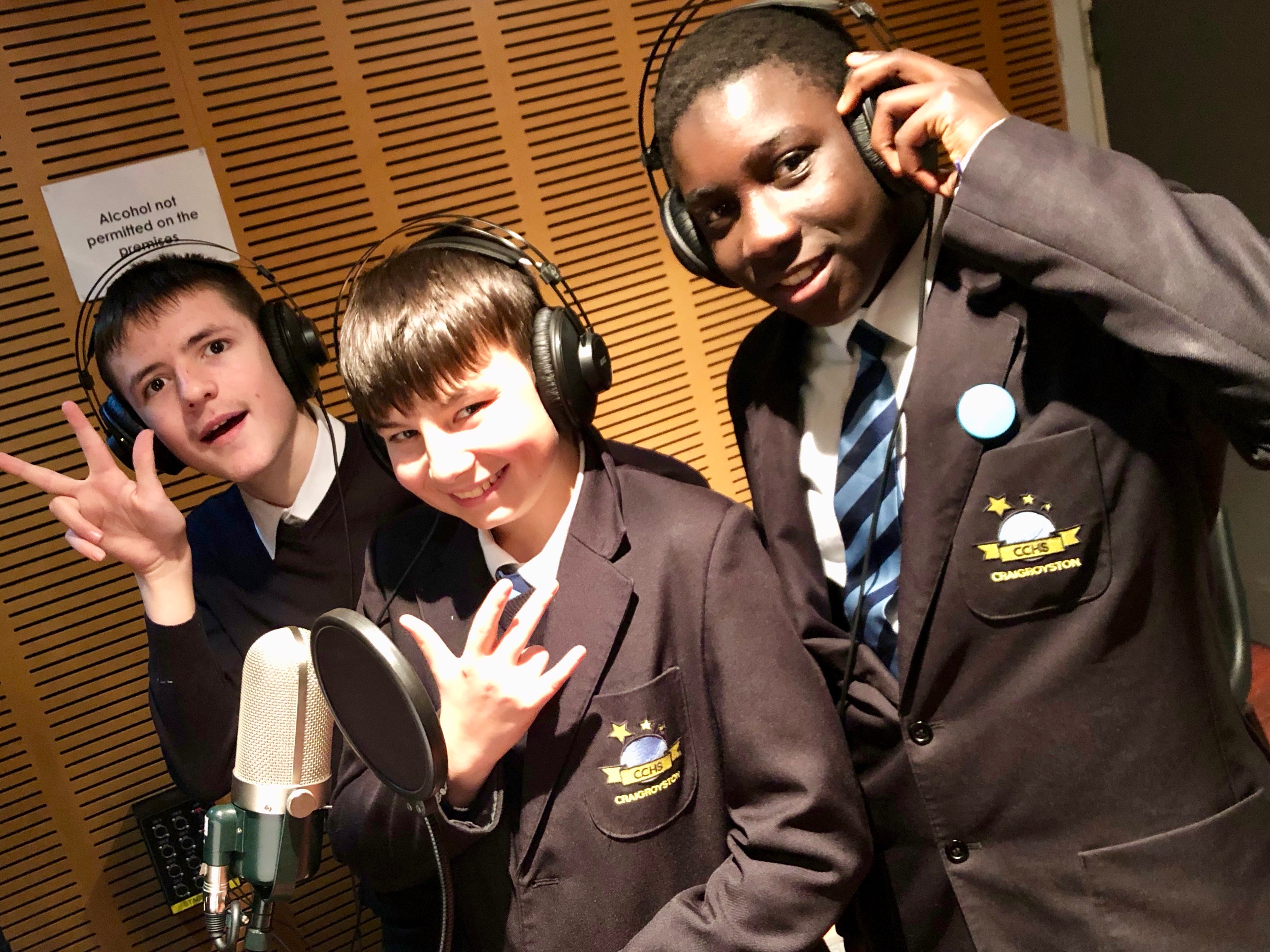 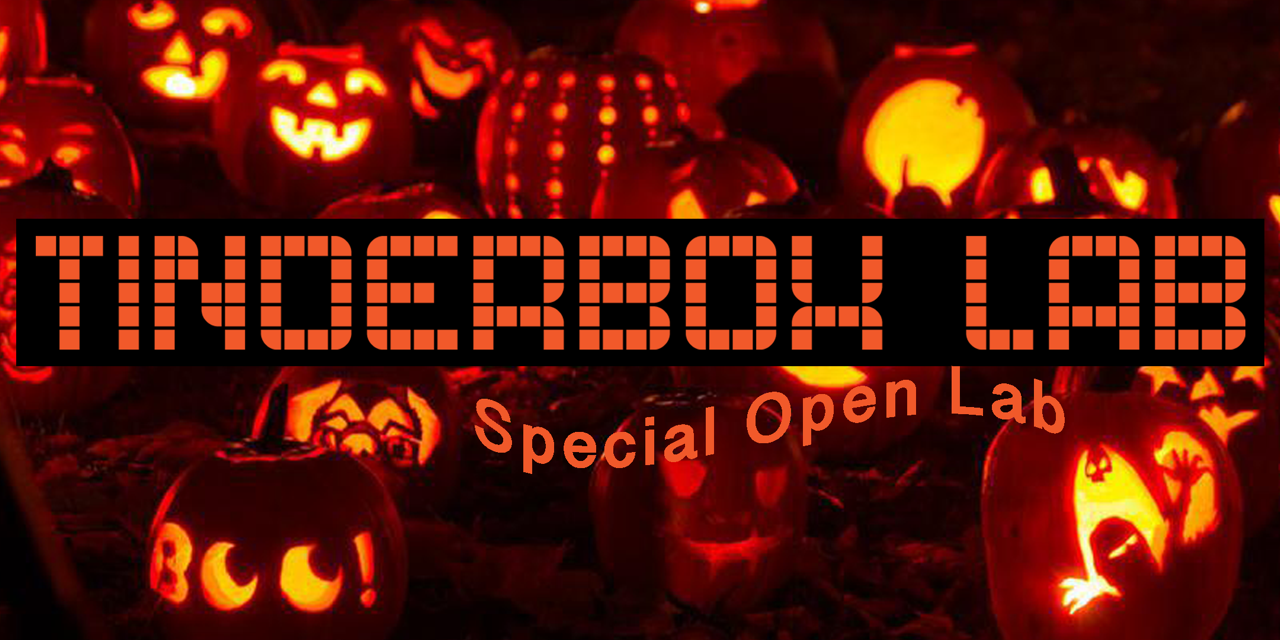 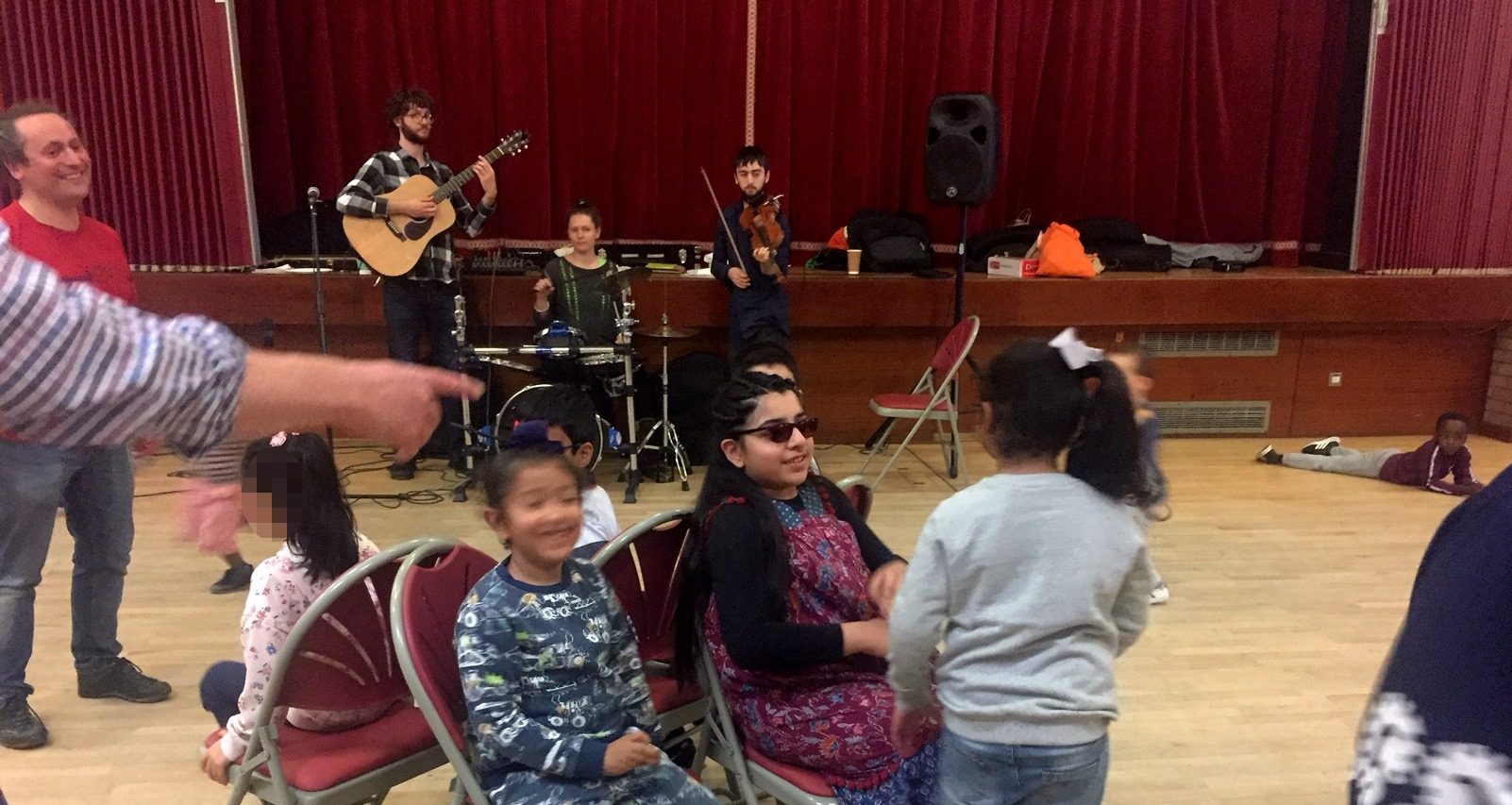